At Stetson University, International Education Week (November 13-17) celebrates the benefits of international education and exchange worldwide. Here’s a small slice of the many activities organized and led by students. 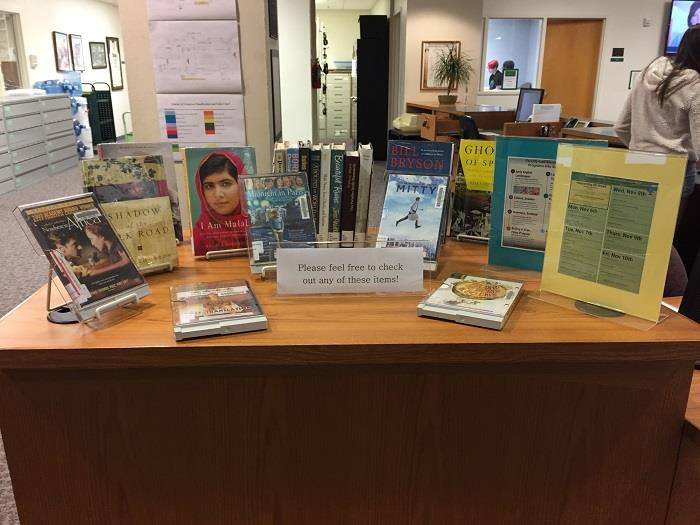 Stetson’s duPont Ball Library featured travel/international books during International Education Week. In addition to highlighting one’s pathway in  life, books help society to understand cultures and their evolution over time. In fact, books teach about norms of the society and can make an individual a better person by learning about another culture or country. Books are a perfect way to spark curiosity for wanting to travel and explore. 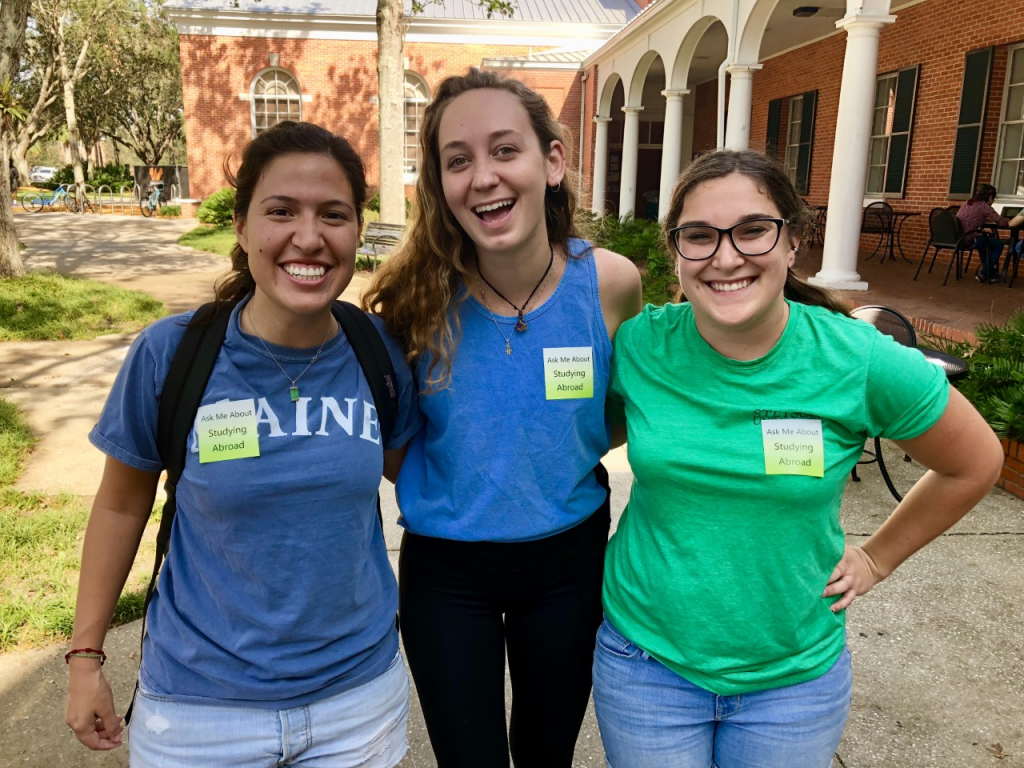 During International Education Week, students who had studied abroad were encouraged to wear a blue shirt and a sticker with the text “Ask Me About Studying Abroad”. The purpose of this campaign was to increase awareness about the study abroad programs Stetson University offers. Other students who were interested in studying abroad had the opportunity to ask questions at any time on campus during the week if they saw a person wearing the sticker. 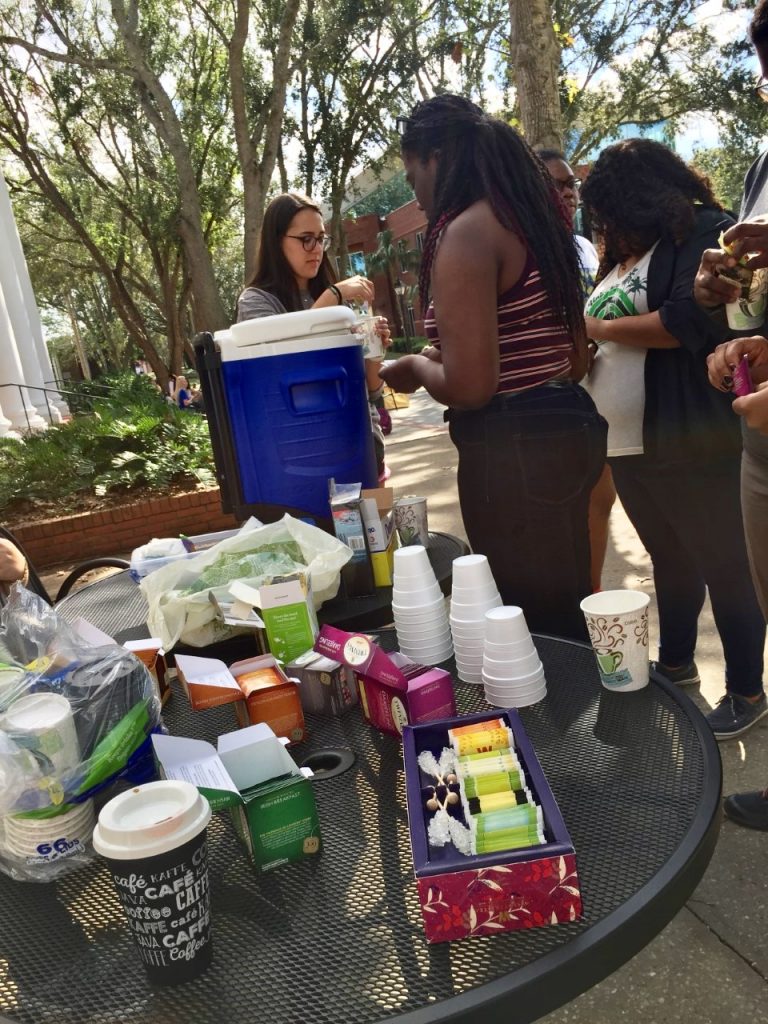 On the first day of International Education Week, students, staff, and facultystudents participated in an International Tea Party in front of the CUB. They were offered teas from different places in the world and a brief presentation on how each tea is consumed in the particular country.

On Monday evening during International Education Week, American and foreign students were invited to learn how to play soccer through a friendly game. The event integrated different cultures through sports. 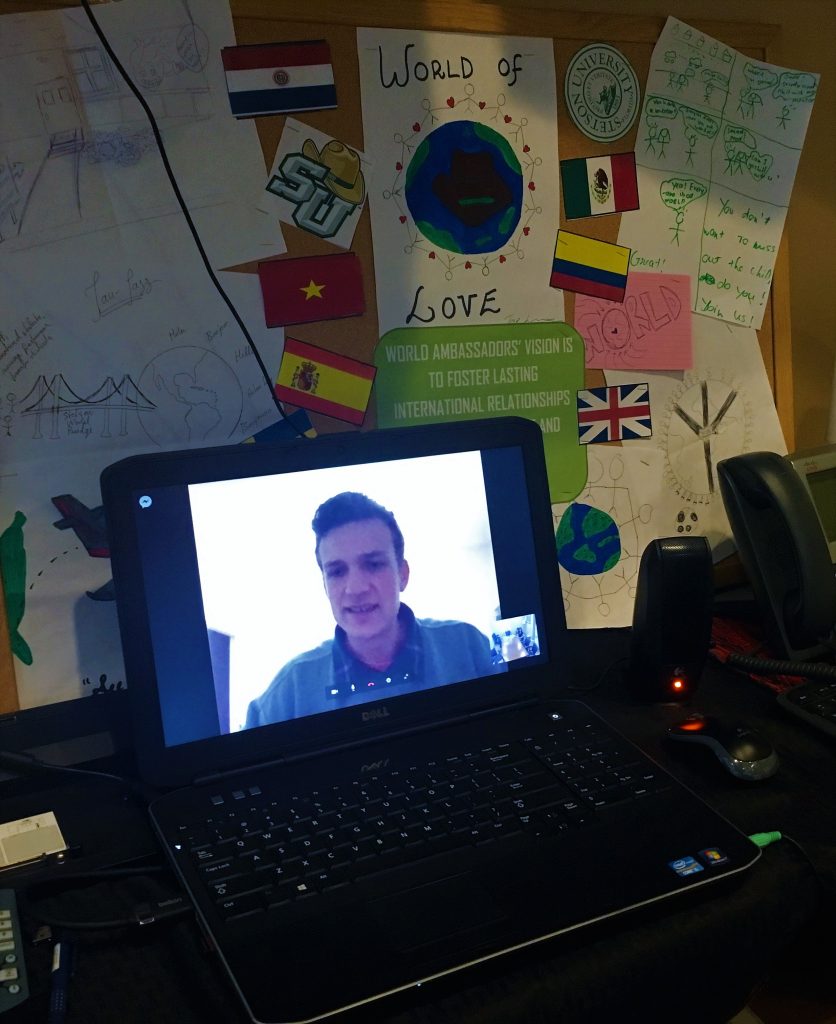 Students attended a Skype session with Stetson senior Nicholas Fuller at Oxford University in England to learn about and discuss his experiences studying abroad. He identified the importance of studying abroad and answered questions regarding a range of issues from housing and extra-curricular activities to the process of getting a visa. Nicholas is a biology major and a contributor to the Stetson Senior blog. 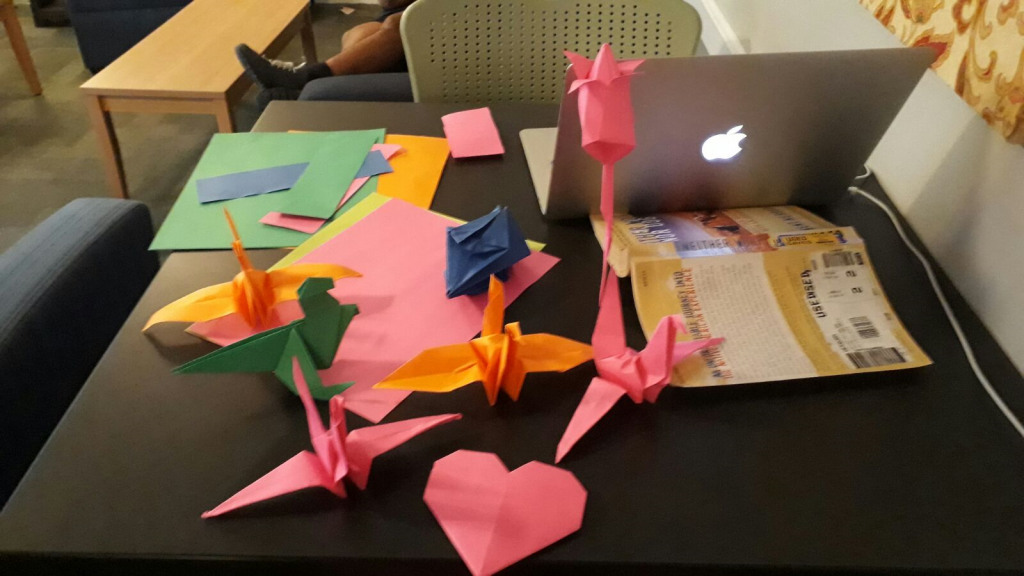 During the origami event, students learned a new skill and de-stressed after mid-term exam week. The frenzy was co-facilitated by Origami “expert” Gonzalo Gonzalez who also learned some new designs. Many students learned how to make a crane, flower, and even a T-Rex out of a square piece of paper.

International Karaoke Night
Sudeep Maiti ’20
WORLD Ambassador
The karaoke atmosphere was groovy. The UVA Clubhouse quickly filled with participants eating Moe’s as they stared at the screen while singing to classics like Sweet Caroline. Some were just hanging out with their friends. During the event, participants got to know one other and everyone had a really good time. 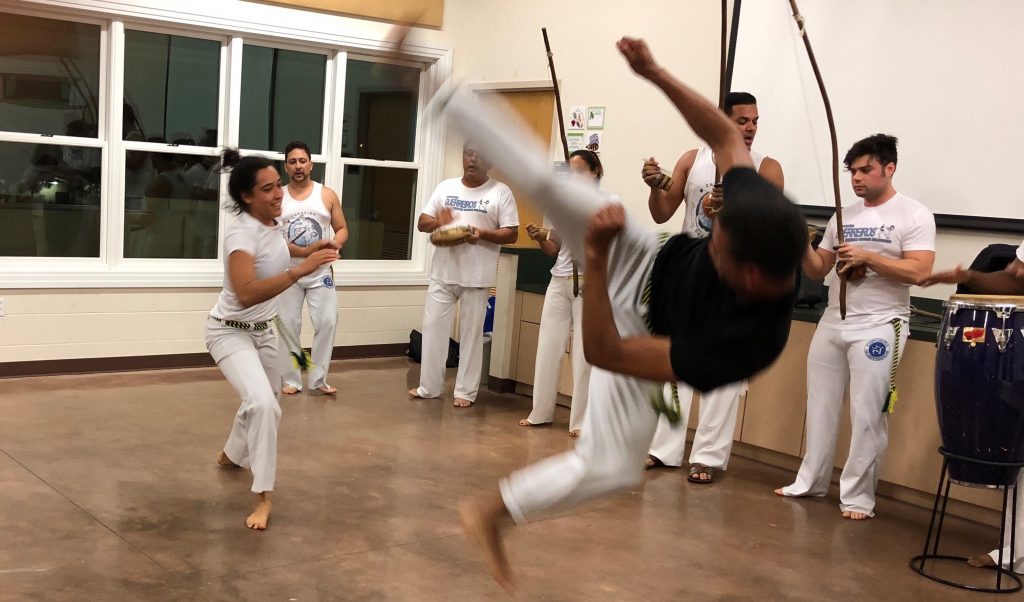 Capoeira is a martial art developed in Brazil by African slaves more than 400 years ago. It is an intoxicating and fast-paced blend of self-defense, music and fluid movement. Mestre George Palmares, Capoiera trainer with over 30 years of experience, came from Orlando with some of his students to offer a two hour workshop on this fascinating art. Participants watched the experienced students perform Capoeira. Mestre George went over a few concepts about the martial art itself and the instruments.  During the second part of the workshop, Stetson students received a free Capoeira lesson, engaging with the Capoeira apprentices and having a real experience of how this beautiful art is practiced. They had an amazing workshop experience. 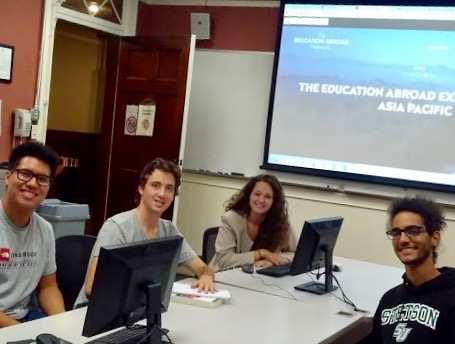 The WORLD Council event featured Amy Barber, Stetson University’s assistant director of internships, who helped both domestic and foreign students with tips and resources for finding internships in other countries. Students learned about various providers that work closely with WORLD to provide study abroad experiences, and the various resources on campus to assist with internship search and the application process. 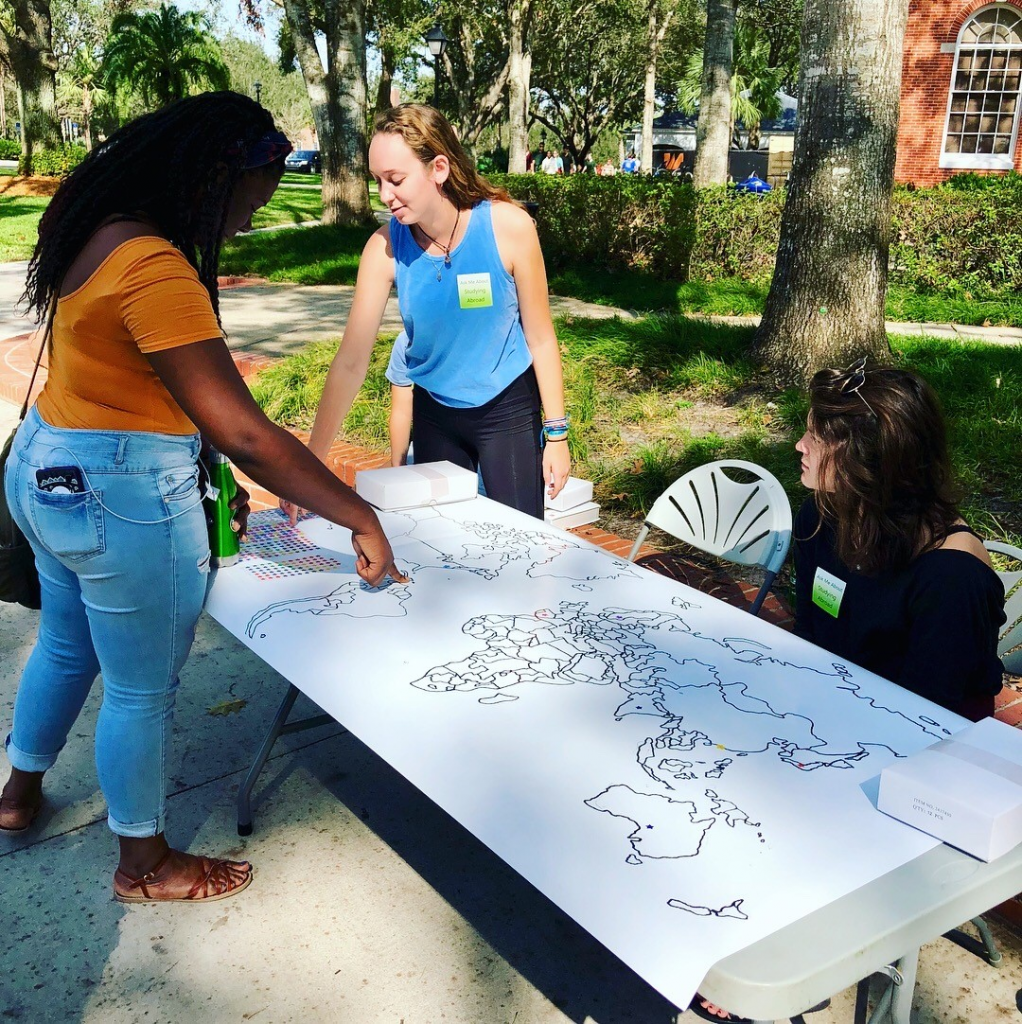 Foreign students marked where they were from on a large blank map, then both domestic and foreign students marked where they wished to travel next on the same map. Participants learned about how diverse the Stetson community is in terms of place of origin as well as options for studying abroad. This map is displayed at the WORLD: Rinker Center for International Learning. 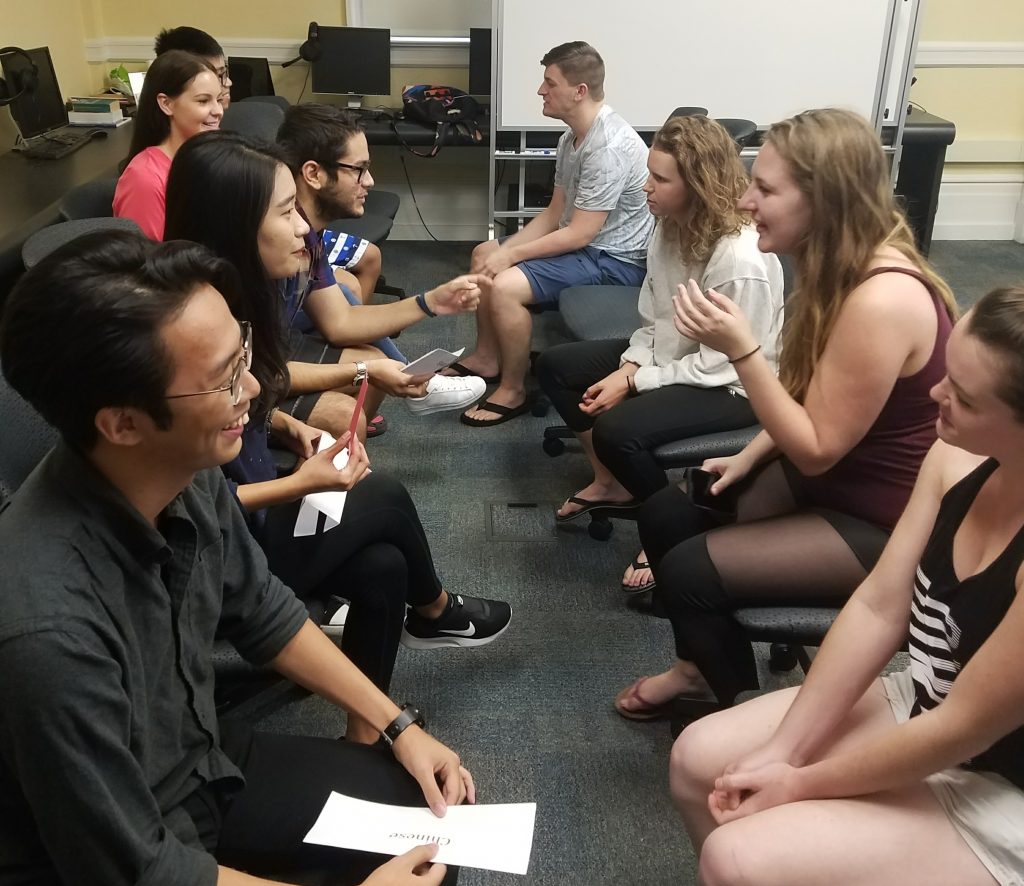 Language is an integral part of international education. Among other factors, learning a language helps domestic students understand the struggles of foreign students learning a new language. It also provides an opportunity for foreign students to share a piece of their culture. As part of International Education week, native English speakers at Stetson University gathered with foreign students from various countries to learn as many languages as possible in a single hour. Structured as a speed-dating exercise, each pair of students had five minutes to learn something about each other before switching partners. Participants learned the basics of German, Swedish, Korean, Japanese, Mandarin, Spanish, and Vietnamese.

Ping Pong Charades is a form of an International Trivia Game that tested the skills of students from an array of international topics including geography, food, and music. This event was hosted in Sage Hall SCALE UP  Classroom to ensure their active participation of a large number of students. The game was organized via a PowerPoint as it involved two teams giving one member of each team clues based on pictures showed on the projector. The goal  of the Charades was to spark an interest in current world affairs and events in a fun, interactive way. 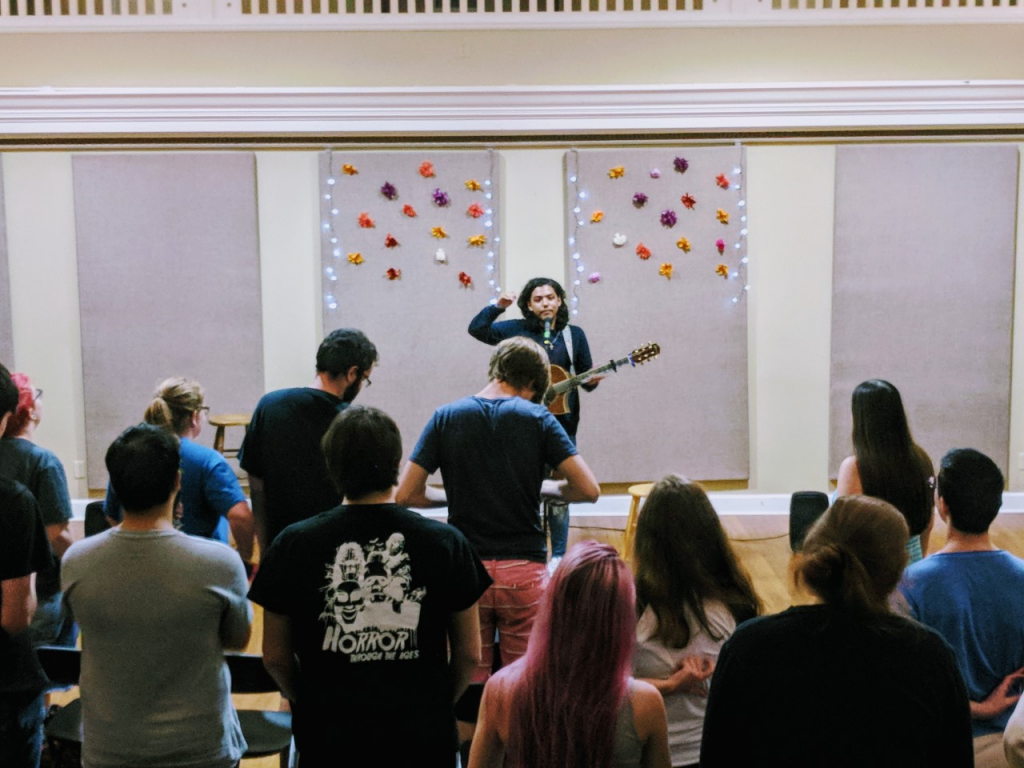 At these special Uncouth Hours, international students shared music and literature from wherever they are from. Students enjoyed food and the company of their friends. Over 40 students, both international and domestic, attended the night and performed. 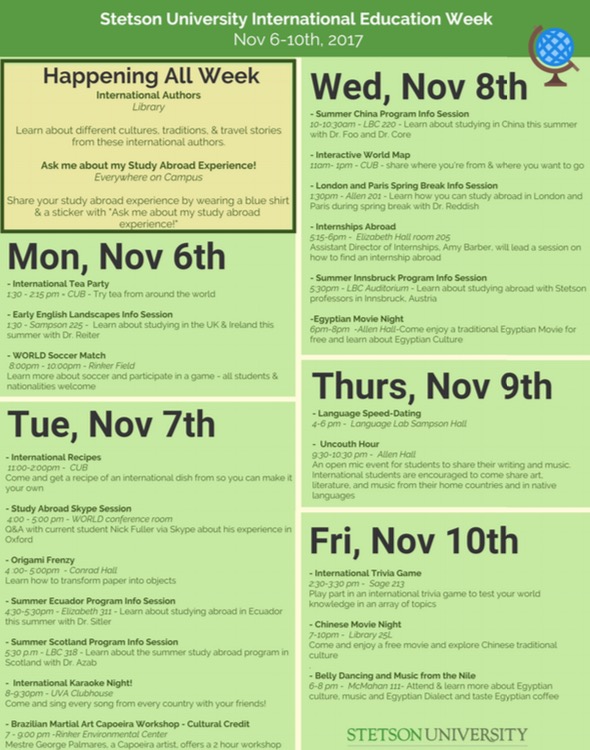 International Education Week at Stetson University is a program of WORLD: The David and Leighan Rinker Center for International Learning. In 2017, WORLD Ambassadors were primarily responsible for organizing and facilitating events.

Think before you snap that selfie. 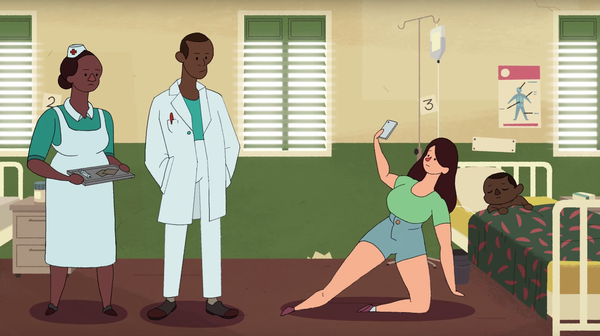 That’s the serious message of a joint campaign created by two groups that have spent the past few years poking fun at problematic photos taken by Western volunteers. They often have the tendency to paint themselves as saviors to needy people in low-income countries. More

Article by Malaka Gharib at NPR.org 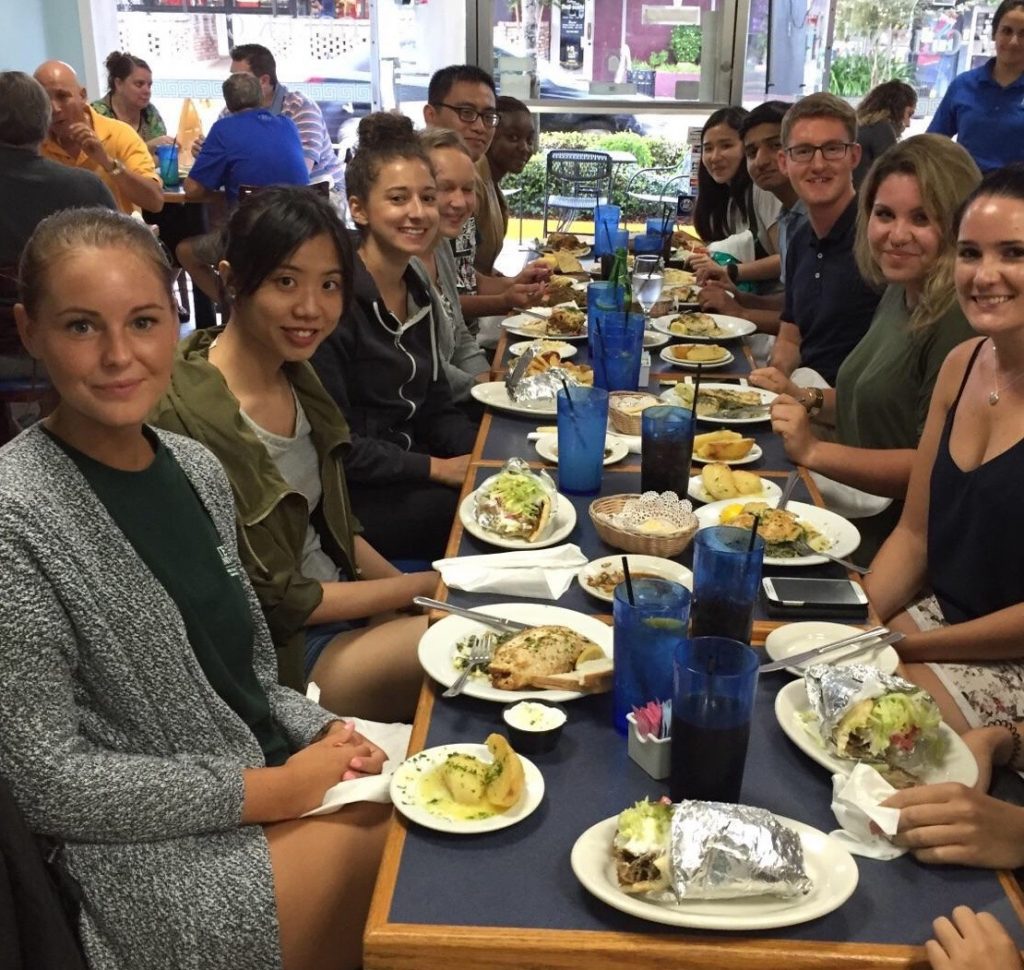 The WES Research report takes a look at how 1,095 U.S-educated foreign students fare in the job market post-graduation and evaluates alumni impressions of how well their alma maters prepared them for success. The following are key findings of the report: 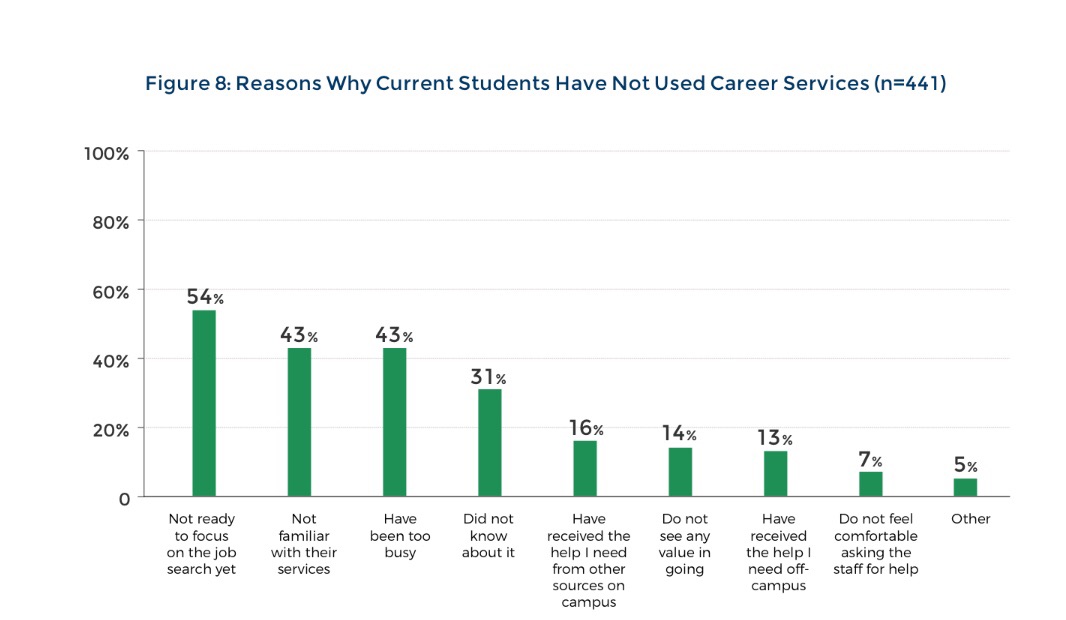 Over half of current students surveyed had not yet used the career services at their institutions, primarily because they were not yet ready for the job search. Nearly two-thirds of alumni used campus career services while enrolled. Both current students and alumni were most satisfied with résumé (or CV) and cover letter writing preparation services, as well as career preparation seminars and workshops. Both groups reported some dissatisfaction with interview preparation services and services that connect them to potential employers. A related WES Research study revealed that career services is among the most important student service to many international students.

Elements of this article were taken directly from the WES Research Report.

Relations between the U.S. and Cuba have changed dramatically in recent years. Former President Obama re-established ties with Cuba, easing restrictions on travel and trade, but the Trump administration has suggested a tightening of restrictions and this week the United States voted against a U.N. resolution condemning America’s economic embargo against Cuba. While the future of relations remains uncertain, Stetson University is preparing to host its second Cuba Forum, featuring an engaging debate on the “Prospects for Democracy in Cuba.”

The Forum is scheduled for Thursday, Nov. 9, at 6 p.m. in the Marshall & Vera Lea Rinker Welcome Center, 529 N. Woodland Blvd., DeLand, Florida, 32723. The event is free and open to the public. Expert panelists will include Richard Feinberg, Ph.D., professor of International Political Economy in the School of Global Policy & Strategy at the University of California, San Diego; Angel de Fana, a former Cuban political prisoner; and a special guest from Cuba to be announced at a later date.

“While Cuba is not a democracy, or engaging in a recognizable process of democratization, a loosening of economic restrictions typically brings an influx of foreign influence in the form of tourists, investors and entrepreneurs with new ideas,” said Nylen. “During the evening we will explore the potential impact of these changes. Each panelist will be asked to express their opinions on the prospects for democracy to emerge in Cuba and for greater personal freedoms of the Cuban People.”

The panel will be moderated by Eugene Huskey, Ph.D., professor of Political Science, Russian, East European and Eurasian Studies at Stetson University. Since 1999, he has held the William R. Kenan, Jr. Chair at Stetson. Stetson’s Cuba Forum has been co-sponsored by Leopoldo Fernandez, a Cuban exile, Stetson Alumnus and international business leader, alongside Stetson’s President Wendy B. Libby, Ph.D., and Stetson’s Latin American Studies Program. 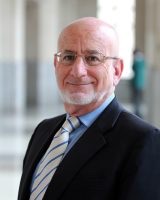 Richard Feinberg is Professor of International Political Economy in the School of Global Policy & Strategy at the University of California, San Diego. He is a Nonresident Senior Fellow – Foreign Policy, Latin America Initiative – at Brookings Institution, based in Washington, D.C., and authored three reports assessing Cuba’s economic reforms on foreign investment, the country’s private enterprise and the emergence of its middle class. He is the author of the 2016 book, “Open for Business: Building the New Cuban Economy.” on foreign investment.

He has enjoyed a distinguished career as diplomat, policy advisor, corporate consultant, university professor and author of over 200 books and articles on international relations. His four decades of engagement with United States foreign policy spans government services — in the White House, Department of State and Department of the Treasury — numerous Washington-based public policy institutes, the Peace Corps in Chile and, now, academia. 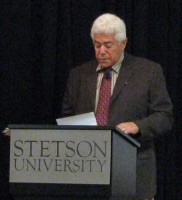 Angel de Fana is a leading figure among anti-communist Cuban exiles in the United States. Imprisoned in 1963 by the Castro regime for counter-revolutionary activities, he spent 20 years behind bars in Cuba. Released in 1983, he moved to Venezuela for a year before coming to the United States in 1984. Mr. de Fana is one of several former political prisoners from Cuba who direct the Miami-based organization, Plantados Hasta la Libertad y la Democracia en Cuba.