Join WORLD and the Office of Religious and Spiritual Life to celebrate the United Nations International Day of Peace. 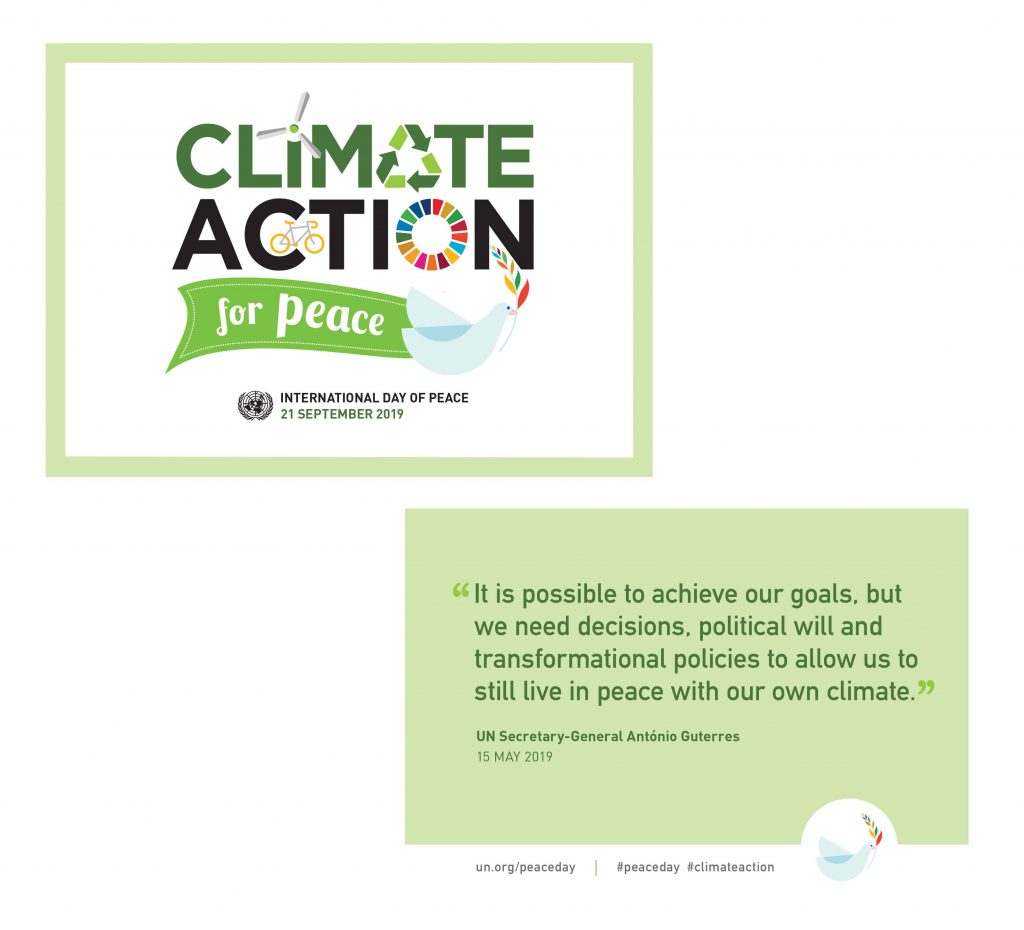 Moe’s and Cultural Credit will be provided.

The theme draws attention to the importance of combatting climate change as a way to protect and promote peace throughout the world.

Each year the International Day of Peace is observed around the world on September 21. The General Assembly has declared this as a day devoted to strengthening the ideals of peace, both within and among all nations and peoples.

This conference, for students who had participated in study abroad and other international programs, had a goal to help them develop skills as successful global leaders. It also focused on students from diverse and underrepresented populations, such as first-generation, racial/ethnic minority, students with disabilities, high financial need, LGBTQ+, etc. Many face obstacles acquiring educational and leadership opportunities.

Throughout the conference, Weaver found herself learning more than she expected from the sessions. She was pushed to see the bigger picture of education abroad.

“I was pushed to see my study abroad as a time that I developed personally and was finally able to articulate the challenges of my trip to those who would understand. Then, after listening to others tell their own stories, I realized that we each had a unique experience that created the larger picture of diversity abroad.”

The connections she made with other students helped her to understand her own experiences and the education she received while studying in South Korea and Taiwan. Weaver also learned about the importance of diversity in study abroad and was inspired to do more here at Stetson. She expressed her desire to connect with the Black Student Association, the Asia Pacific American Coalition, the Caribbean Student Association, and other multicultural organizations to develop more initiatives to get their members involved in study abroad programs.

“Although being a woman brings its own challenges to international travel, I further developed an understanding of my privilege during this conference as an able-bodied, white, American student. Through this understanding, I began to build a standard for myself when it comes to becoming an ally both abroad and domestically to students who lack the opportunity to do the same as I.”

Gunby felt that the conference was a great professional opportunity for her. The panels and speakers had a profound impact and helped her feel confident in her plans post-graduation. The chance to connect with graduate schools and professionals, as well as other students in her same positions, helped her to reflect on her identity and improve her confidence in speaking about her experiences.

Gunby would like to bring more networking opportunities to Stetson’s campus for international careers. Events such as the Global Citizenship Fair and Acerima could benefit from having a keynote speaker or speakers from minority groups.

“The keynote speakers at the conference were inspiring and helped all of the students get involved and excited about the activities.”

Overall, her experiences at the Global Leadership Summit helped her to grow professionally as well as to have more confidence in her abilities and plans for the future.

I have never taught my mother tongue to non-native speakers of Portuguese before. When I arrived at Stetson University as a Fulbright scholar last year, on the 8th of August, I was given the mission of continuing the wonderful work left by Raquel Santos (2015-2016), Ana Paula Spalenza Pereira (2016-2017) and Greici Buzzi (2017-2018) each in turn,  a Teacher Scholar in Stetson’s Portuguese program. Then I thought: What can I do to leave my legacy on campus in nine months and contribute to the recognition and importance of one having a Portuguese language program at Stetson after my going back to Brazil?

“Will I be able to meet Fulbright’s goals and truly represent my country as a cultural ambassador? It was quite a challenge, I must confess.”

On my first day as a Portuguese instructor, I had 8 students from the most diverse linguistic backgrounds: Spanish speakers, heritage speakers of Portuguese, polyglots, monolinguals. In spite of the differences, all of them had chosen to learn Portuguese, among the myriad of languages that the Department of World Languages and Cultures offer every semester, and, as a native speaker of Portuguese and a graduated teacher with years of experience, I had to give them my best, and the best of my country and my language.

With a lot of guaraná, brigadeiros, cheese breads (of course!), memes and music, the classes have been fun, dynamic and full of learning. My students have become my friends and I have learned a lot from and with them too – and that is one of the priceless opportunities we have as teachers. Outside the classroom hours, I have organized tablings, Brazilian clubs, cultural credit events and tertulias, everything under the fantastic supervision of the wonderful Dr. Pamela Cappas-Toro, who has always given me a free hand to do my best here, allowing me to be truly and entirely myself.

And the days have passed, so has the semester. I have been in DeLand for 7 months now and it is already my second and last semester as a Portuguese instructor here at Stetson. During a talk with Dr. Cappas-Toro, she told me that I am the last Fulbright scholar of Portuguese and that, in the Fall semester of 2019, there will be a full-time professor, whose commitment with the Department of World Languages and Cultures includes making the Portuguese program even stronger through the offer of higher level Portuguese courses – currently Stetson offers 101 and 102 levels only. What does it mean? It means that all the work of the four Brazilian Fulbrighers had not been in vain. It is quite the contrary: the four of us have planted seeds which have been constantly watered and which have now bloomed into beautiful flowers.

With such accomplishments in mind, and full of joy, I traveled to Connecticut last month and talked about the teaching of Portuguese at Stetson University at a conference at Yale University. There, I encountered the other Brazilian Portuguese instructors that came to the US with me and it was such a great experience. When I was presenting my speech, I was really moved because I could share my experience not only as a language instructor but also as a representative of Brazil, and as a cultural ambassador, I could say, and reinforce without any doubt the impact the Fulbright scholars have in a community and in the world. Raquel’s, Ana Paula’s and Greci’s work was also mentioned at Yale, after all we are a team!

These months here have been a daily learning. I am sure that I am not the same Fernanda anymore. With expanded horizons, a renewed cultural and linguistic baggage of knowledge and the most important thing – my legacy left at Stetson – , I will go back to my home country with the feeling of having fulfilled my duty. My future and my perspectives will be forever changed because my home will always have a little of this country and the wonderful family I have built here. After all, we are the result of the books we read, the places we visit, the languages we speak and teach and the people we get to meet – a  change for the better.

Fernanda Ribeiro joins Stetson University from Brazil to teach Portuguese as a Fulbright Language Teaching Assistant. She is a first-generation college student who graduated from Federal Rural University of Rio de Janeiro in 2015, earning a licentiate degree in Portuguese, English and their respective literatures. Ms. Ribeiro earned a Master’s degree in linguistics from Federal University of Rio de Janeiro this past February. For more on Ms. Ribero, click here.

Zoe Weaver, ‘19, one of WORLD’s outstanding student employees, is winner of the October 2018 Student of the Month Competition at Stetson University. 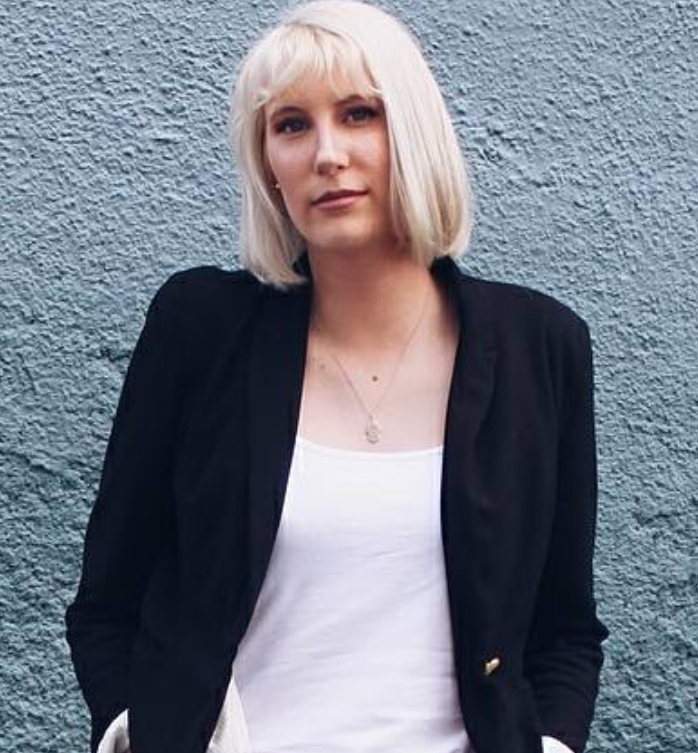 Stetson’s Professional and Career Readiness Competencies are the basis of each month’s theme and represent skills most sought by employers: critical thinking and problem solving, professionalism and productivity, teamwork and collaboration, communication, digital literacy, leadership, global and intercultural engagement, and career navigation. Our student workers practice and master these competencies in their campus work roles. Stetson employers are encouraged to help student employees recognize and build competencies to enable better articulation of transferable skills when students interview for internships, jobs, and post-baccalaureate educational opportunities.

“From the first day of work, Zoe has gone above and beyond, exceeding expectations. She has been instrumental in helping acclimate all of our international students during orientation. She led several orientation sessions, assisting in any small or large task asked of her, and always offered to do even more than asked.

Recently, Zoe organized with her WORLD Ambassador Team a panel on Immigration. She coordinated faculty, staff, and students from around campus to speak about their experience immigrating to the United States. Zoe was the main coordinator for the entire event and was the moderator for the panel. As a student employee, Zoe has anticipated the needs of our center, solving problems before we even ask for help. “

Zoe Weaver, a global development major, envisions her work experience at WORLD as critical to her future endeavors.

“Working at WORLD has not only connected me with students from all over the world and taught me how I can best support them, but has also introduced me to an environment in which all workers truly care about the job they do. The WORLD center and its staff have been an important part of my experience at Stetson, and although I am graduating soon, I am sure they will continue to serve the international community in ways unmatched by any other office on campus.”

WORLD welcomed faculty and staff to its 4th annual Open House on October 18, 2018. 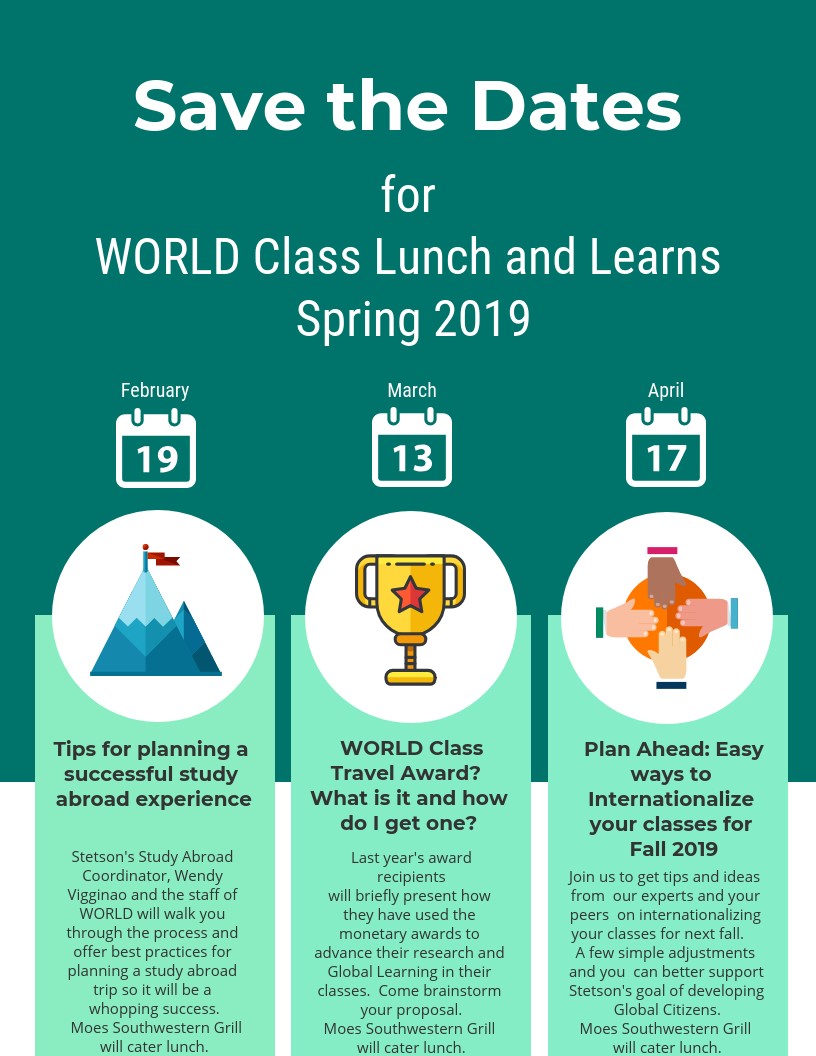 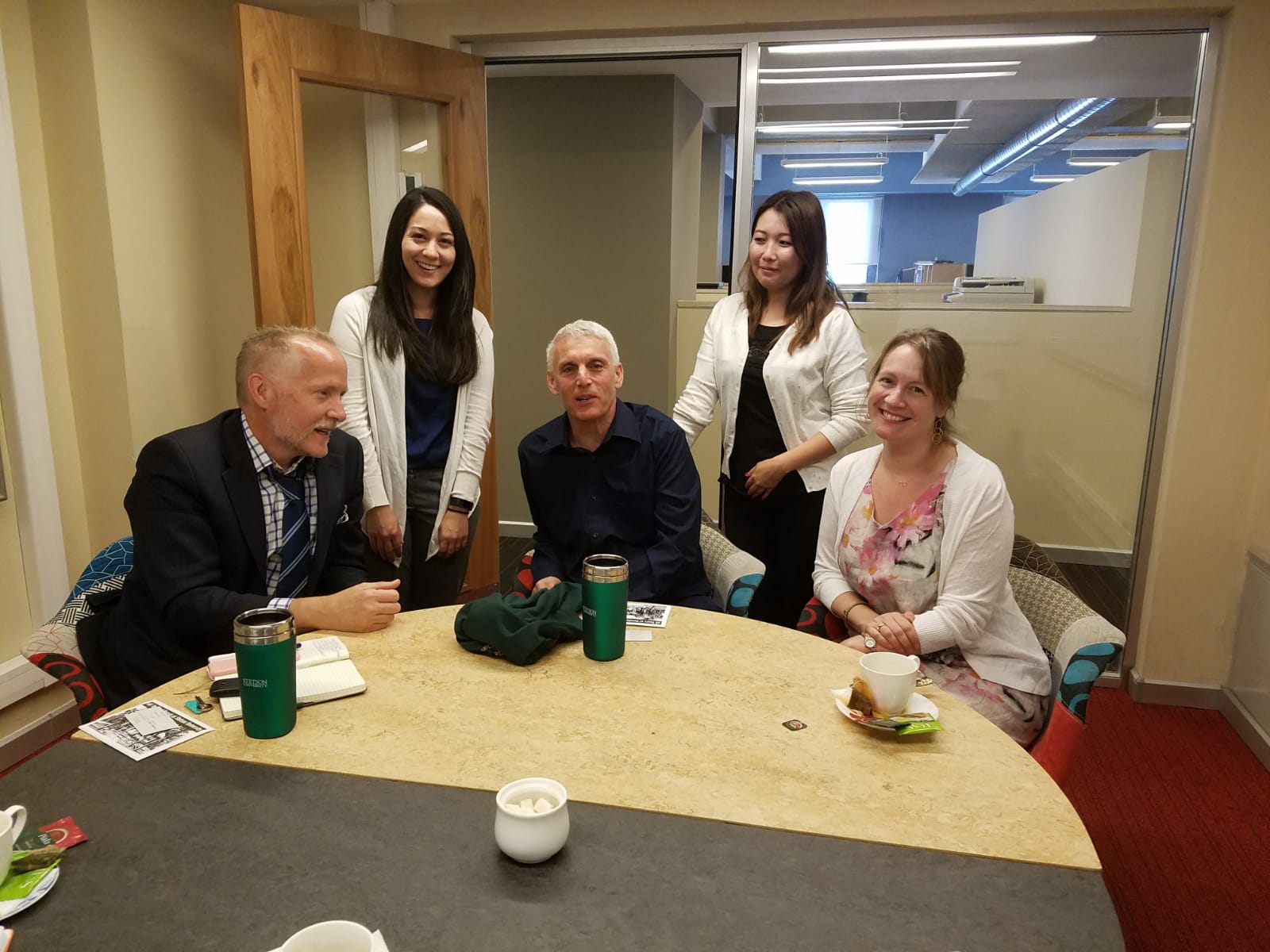 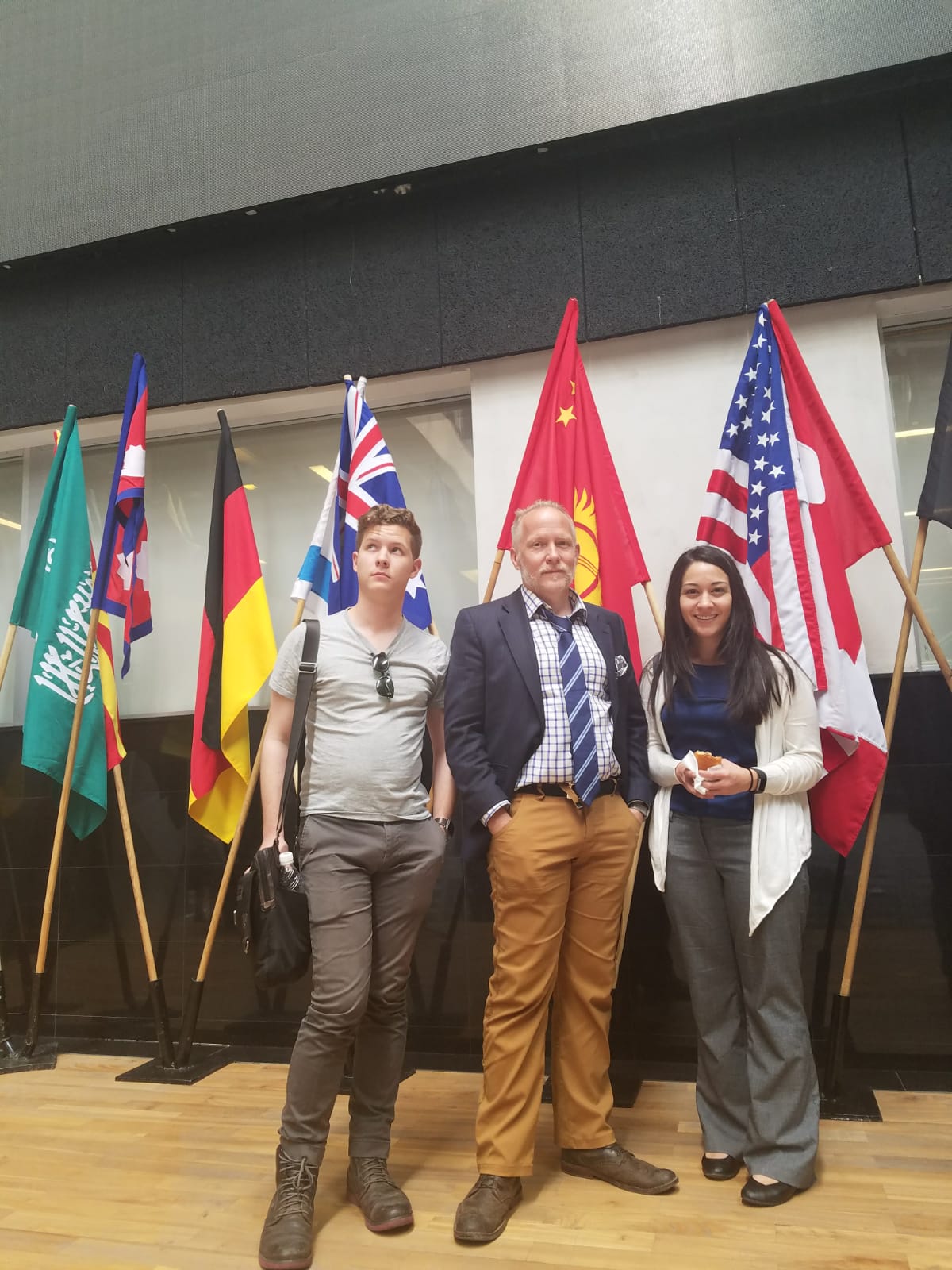 Stetson staff and faculty at commencement at AUCA 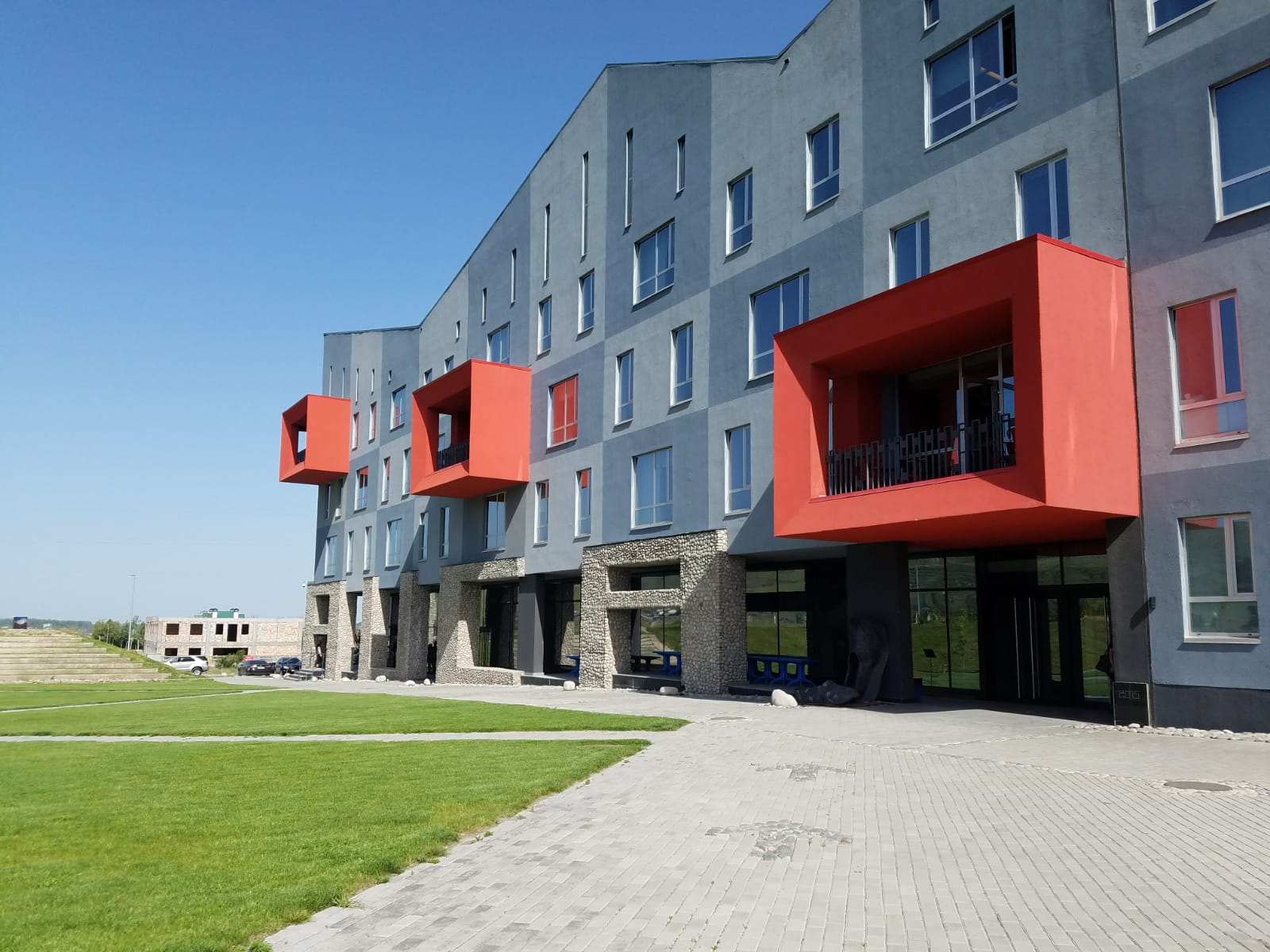 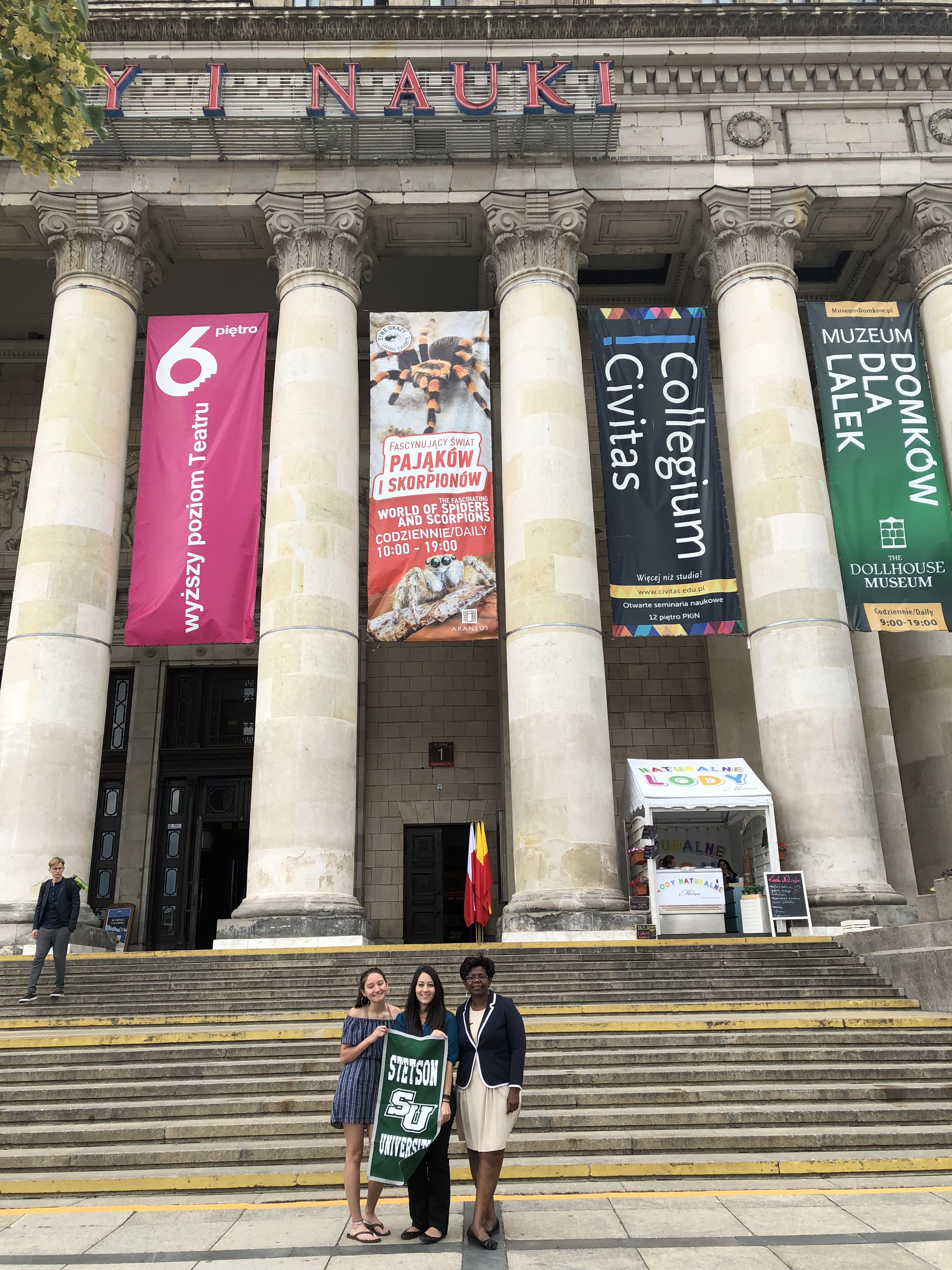 Stetson staff meet up with Stetson student at the Collegium Civitas in Warsaw, Poland 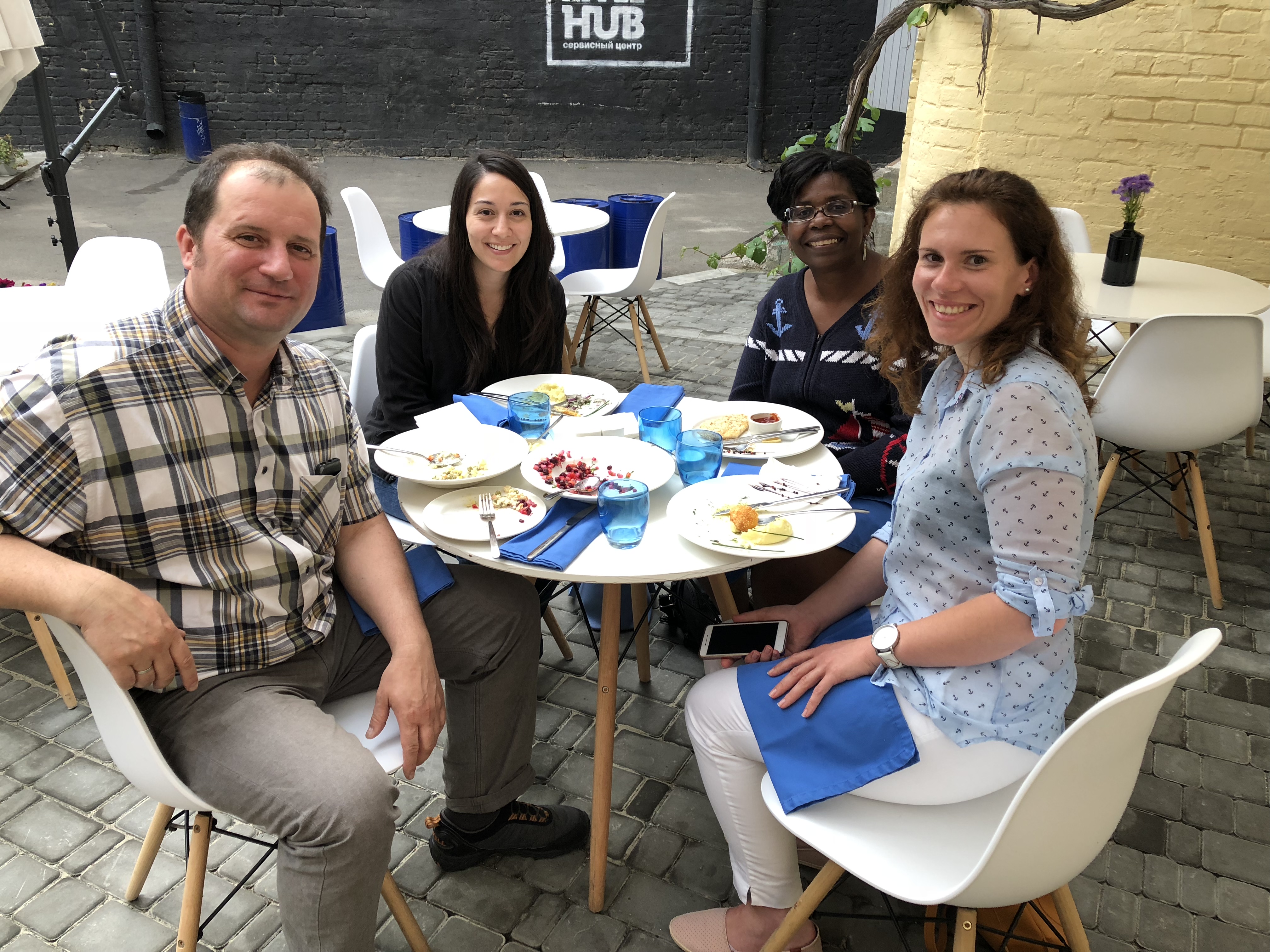 A staff-faculty team presentation at the National Communication Association Conference in Las Vegas in 2015 has made its way into a new book, Communication in the Classroom:  A Collection of GIFTS. 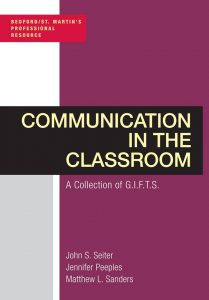 The book chapter,  “Why are all the International Students Sitting Together in the Cafeteria? Teaching about Cultural Adaptation through Community Engagement” is co-authored by Paula Hentz, director of international learning at WORLD, and Dr. Jelena  Petrovic, assistant professor of communication and media studies. 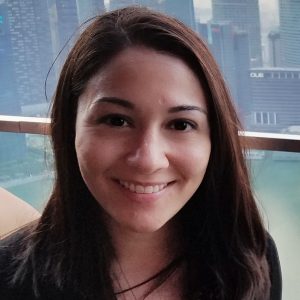 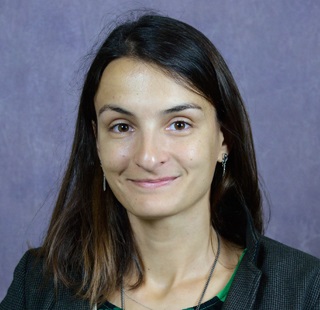 Co-authored by Utah State University’s John Seiter, Jennifer Peeples, and Matthew Sanders, the book is a compilation of the best 100+ great ideas for teaching key concepts in a variety of communication courses and were submitted by instructors of communication, rhetoric and more. The book was published in January 2018 by McMillan Learning and is marketed as “an invaluable resource for anyone teaching a communication course who is looking for new ideas to spice up their course and engage students”.